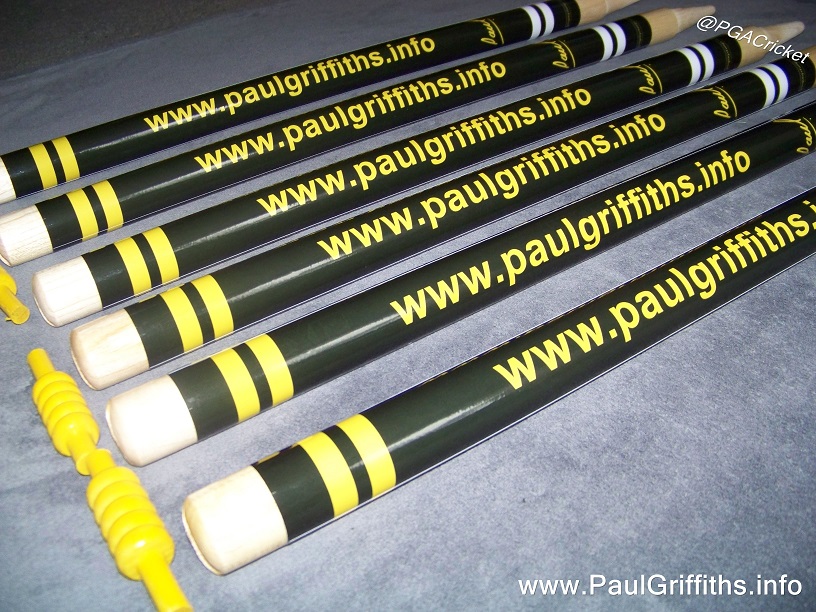 The ECB Directives are in place to assist all

For the purposes of these directives a fast bowler should be defined as a bowler to whom a wicket keeper in the same age group would in normal circumstances stand back to take the ball.

Having completed a spell the bowler cannot bowl again, from either end, until the equivalent number of overs to the length of his spell have been bowled from the same end.

A bowler can change ends without ending his current spell provided that he bowls the next over that he legally can from the other end. If this does not happen his spell is deemed to be concluded.

If play is interrupted, for any reason, for less than 40 minutes any spell in progress at the time of the interruption can be continued after the interruption up to the maximum number of overs per spell for the appropriate age group.

Once a bowler covered by these directives has bowled in a match he cannot exceed the maximum number of overs per day for his age group even if he subsequently bowls spin.

S/He can exceed the maximum overs per spell if bowling spin, but cannot then revert to bowling fast until an equivalent number of overs to the length of his spell have been bowled from the same end.

If he bowls spin without exceeding the maximum number of overs in a spell the maximum will apply as soon as he reverts to bowling fast.

Captains, team managers and umpires are asked to ensure that these directives are followed at all times.

For guidance it is recommended that in any 7 day period a fast bowler should not bowl more than 4 days in that period and for a maximum of 2 days in a row.

Age groups are based on the age of the player at midnight on 31 August in the year preceding the current season. 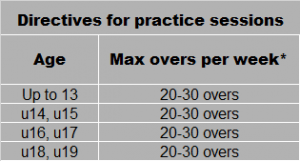 ** The number of overs in a week is dependent on the previous workloads. A gradual progression and then operation within the 20-30 overs should allow safe and consistent loading during development.

this page was last reviewed and updated 17 October 2018